The human population in the southeastern United States is expected to double between the years 1970 and 2020, from about 40 million to 80 million people. 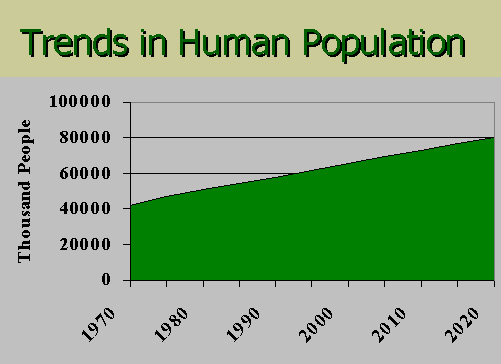 The human population of the Southeast will reach 80 million by 2020.

Running parallel to this increase in population is drastic wildlife habitat loss across the region. From 1982 to 1997, North Carolina lost 1,001,000 acres or 5.9 percent of its total forest area to land conversion related to population growth and urbanization. Researchers predict an additional loss of 5.5 million forested acres in North Carolina by 2040. 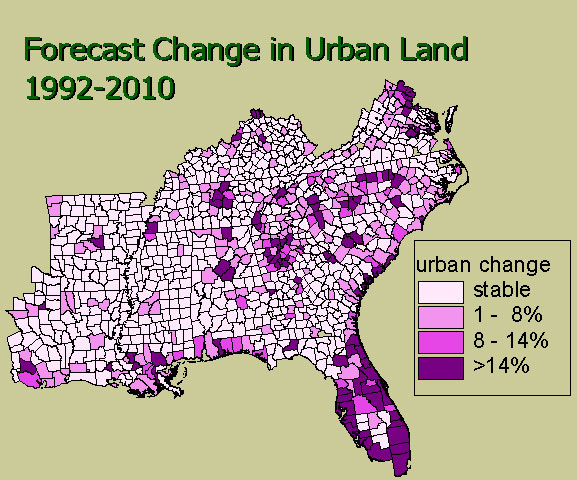 The South will experience rapid urbanization in the coming decades.

Extensive forest will be cleared during urbanization. 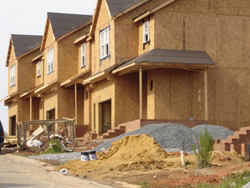 As land is converted from forest to urban use, it becomes unsuitable for many specialized wildlife species, especially animals that require large tracts of unbroken forest. Pileated woodpecker, black-and-white warbler, scarlet tanager, and wood thrush are examples of species that will disappear as areas are built up. Other species, including white-tailed deer, raccoon, and gray squirrel, adapt well to the land changes. Even some birds like house finches, American robins, and northern cardinals are common in developed habitats. These adaptable species are able to make use of various food and cover sources available in cities.

Areas cleared of forest to make room for buildings and neighborhoods are replanted with a very limited variety of non-native plants. These landscaped areas are poor quality habitat because they contain low plant diversity, few native plants, and poor plant structure. Bird and butterfly species that require habitats containing a diversity of native plants cannot sustain their populations in these typical landscapes.

Remaining Forest is Degraded and Fragmented

Snakes, turtles, and other wildlife are killed by passing cars.

Small patches of forest or native plant habitats are usually left after an area is urbanized; these habitats commonly occur in parks or other natural areas, along streams, or on steep slopes that couldn’t be developed. These isolated patches of forest, however, will not sustain populations of many wildlife species. Over time, many factors contribute to degradation of the remnant habitats. Invasive plants creep into the forest from all sides, human users and their pets compact soil and disturb wildlife, and natural forces such as wildfire are not allowed to run their course. Additionally, the populations of animals present in the patches are at risk of local extinction because they are isolated from other populations. Individual animals that attempt to move from one patch to another are often run over by cars or eaten by cats or other predators.

Each individual home or property owner can help conserve wildlife habitat in urban areas by landscaping with native plants following proper design principles. When a number of people take action over a large area, across a neighborhood, for example, they can help connect small blocks of habitat and allow animals to more easily move across an urbanized region.

**Forecast changes in population and forest and urban land cover are from the Southern Forest Resource Assessment.